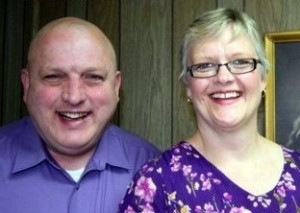 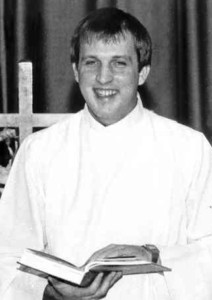 At the LWML Gulf States District Convention in Gulfport this past April, Joe and Jennie Asher were selected as one of the mission grant projects for this biennium.

Joe and Jennie Asher will be speaking Saturday, October 15, at 9:00 a.m. at the Gulf States District Retreat. The retreat will be held at Camp ASCCA in Jackson’s Gap, AL. The Ashers will be sharing information with us about the work they do in Eurasia. They recently had to leave their home in Turkey because of the unrest taking place there. They are now in the Czech Republic.

Joe was a vicar at Good Shepherd in Shalimar, FL, from 1982 to 1983. His wife, Jennie, recently resigned from her position as the head deaconess at Concordia Chicago (formerly Concordia River Forest), in order for them to fulfill this missionary assignment.

In addition to speaking at the retreat, the Ashers will also speak at two congregations:
Grace in Destin (congregation Joe helped to establish)
October 12
Dinner at 5:00 p.m.
Presentation at 6:15 p.m.
Good Shepherd in Shalimar (congregation where Joe completed vicarage)
October 16
Presentation at 9:30 a.m. (during Sunday school hour)
Both worship services (8:00 and 10:45) will be led by Rev. Joe Arthur.

Here is a bit of history on Joe’s early ministry in the Southern District, from the written church history at Good Shepherd:

In January 1981, Good Shepherd’s Church Council voted unanimously to support the Southern District’s plan for a Destin Mission, which was to involve a vicar who would work for both Good Shepherd and the new mission. The initial request for a vicar was unfulfilled; however, in early 1982, Vicar Joseph Asher, an Indiana native, was assigned. (Joe was first a trained LCMS teacher and had worked in New Orleans.)

So after his arrival, Vicar Asher started a Bible class in Destin, and he and a number of Good Shepherd members made calls preparing for the first service, which was held in the Destin Elementary School on September 26, 1982. Fifty-seven people gathered for worship that day, and on March 13, 1983, Grace Lutheran, Destin, was chartered with 131 worshipers present. When Vicar Asher finished his 18-month assignment, he returned to seminary for his final year. His first pastoral assignment was back to the Southern District at Corinth, MS. Joe went on to serve other congregations in Indiana and later as a prison chaplain.